Our Haus and Her Haus

We live in a very fine house.  In a fine neighborhood.

In 1938, the lives of Families BLUM, LUX, NASCH, MAHELR, and POLLAK were changed forever. 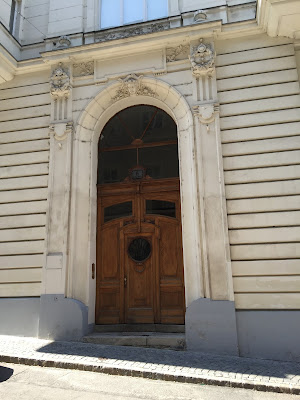 There is an organization in Vienna, Steine des Gedenkens (Stones of Remembrance), that works within the local Community to place remembrance plaques at the locations where Jewish people lived, worked, worshiped and then were destroyed by Nazi genocide.

While I was in the USA, our house received a Stone of Remembrance. 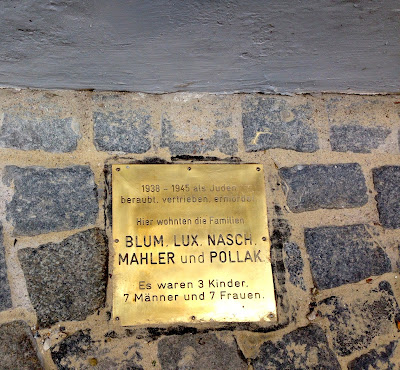 Ceremonies are scheduled throughout the 3rd District (our neighborhood) and I happened to see that one was taking place this week, just a couple of blocks away.  This dedication ceremony would be unique, given the attendance of 91 year old Lea Peled (Helene Holzer).  The Holzer Family lived at Neulinggasse 7 and ran a nearby clothing shop.  The Nazis separated the Holzer family from each other and their life in Vienna.  Helene escaped Vienna, made it to Denmark and eventually settled in Israel.

Yesterday, Lea returned to Neulinggasse 7, along with her son and grandson, where a small group of us gathered to hear a brief presentation about Jewish life in the 3rd District, along with remarks from her son.  Someone shared that she was invited in for a tour of her former home.  According to those with her, she remembered every room and commented that the parquet floor was exactly the same.  "While she might forget last week, her memory of that time was very clear."  commented a woman on the tour.

A film crew was capturing the event for a documentary about Holocaust victims whose grandchildren are returning to Vienna to make a life.  "Why would you ever want to do that?" she reportedly asked her grandson.  It should be a fascinating film.  I have the same question.

The conclusion of the dedication involved passing the stone around to each member of the group before it's placed in location.  As my spot in the group would have it, I handed over to 91 year old Holocaust survivor Lea Peled her stone of remembrance.  In front of her house. 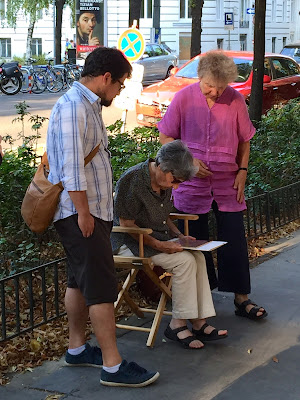 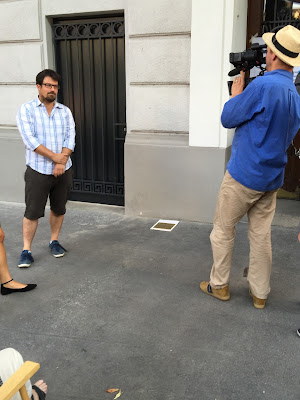 Hot Fun in the Summertime

This Summer was full of endings and beginnings.

We begin our 3rd year in Vienna after an unforgettable trip to Tucson.  We have no way to repay our family and friends for their hospitality, support and shared good times.  These are the moments that sustain us while we are away.

We will also miss.......air conditioning.  No matter how hot it gets in the Arizona desert, there is welcome escape into AC.  There is no true escape here, especially at night, when a tower fan and wishful thinking just does not cut it.

My morning walk brought back the sights and sounds of living in Vienna.  I practiced my "resting bitch face" along with the rest of the Viennese (yes, the men too!), navigated the throngs of tourists putting their 48 hour deodorant to the test and appreciated the beauty of this place we call home for now.


Over the next week, I'll be fighting jet lag, unpacking and reconnecting with friends.  We know change is coming, but don't know what it looks like.  For the moment, we will enjoy the continuation of our Vienna Waltz. 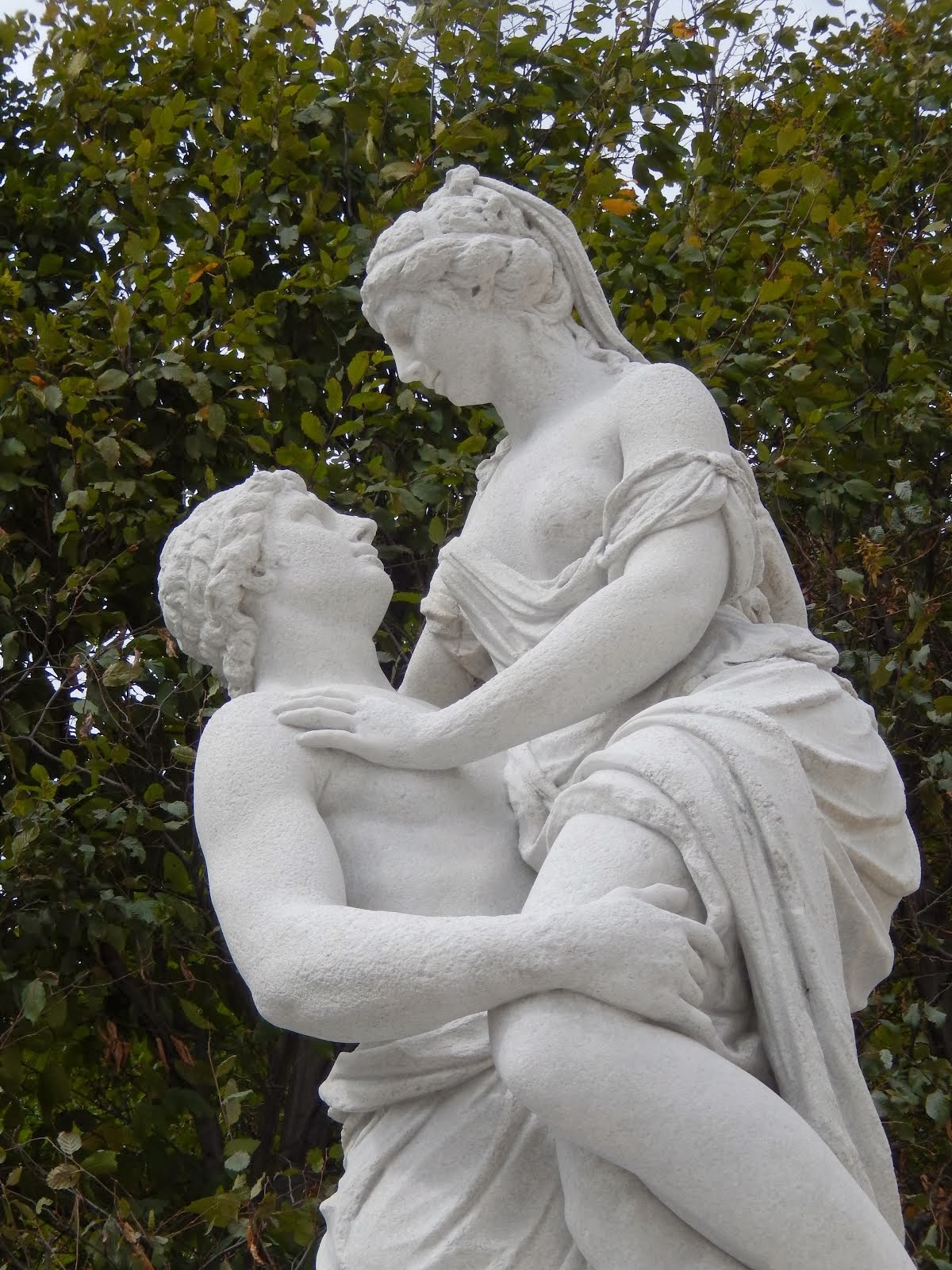